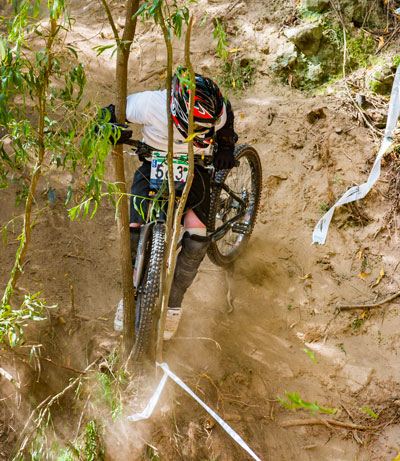 Women's health and well being will be celebrated once more at the Fresh Choice Women's Bike Run Tri at Lake Hayes on March 3 when teams and individual athletes from around the South Island gather to compete in the popular annual exclusively female event.

Formerly the Southern Lakes Women's Duathlon and Triathlon the event was rebranded to reflect the introduction of an 8.1km run around the Lake Hayes track to the programme last year.

Director Pascale Lorre says there is a good demand for a run as part of the overall event and expect it will continue to attract strong interest in its second year.

"The event is all about participating with friends and colleagues and celebrating women in a different way. We find the all-women environment makes it a good entry level event that women enjoy without feeling any intense competitive pressure, be it a triathlon, duathlon or run ."

Sponsorship for the high profile Womens Bike Run Tri has been confirmed by the owners of Fresh Choice Queenstown for the next three years, underlining their commitment to supporting the local community.

Fresh Choice has been lead sponsor of the event for the past ten years and Tony and Prudey Wild have endorsed their ongoing support.

"We are all about supporting people who support us," says Ms Wright. "This event fits very well with our business philosophy and we are pleased to be associated with it. The triathlon has a healthy living focus which is something we are always keen to promote through our operation."

Categories for both the triathlon and duathlon include individual and teams in open while the 8.1km run is targeted at individuals.

The duathlon begins with a 1.5km run on Lake Hayes track, follows the triathlon's 15km biking leg and concludes with a 5km run to the finish line.

The Bike Run Tri is being held for the 20th consecutive year and attracts both elite and recreational sportswomen.

"It is an ideal event for all levels of ability,  from women who are entering their first event to prospective triathletes who go on to compete in other more competitive events."," says Lorre. "The teams category is also a great opportunity for friends or work colleagues to compete together in a relaxed environment."

A superior women's road bike, provided by Fresh Choice, will be presented on the day as a spot prize giving all competitors an equal chance to win it.

"The bike is just one of a number of fantastic prizes being supplied by our sponsors. The race pack that every entered women receive is overflowing with goods, making it one of the best any competitor would get in this country. We are indebted to our sponsors for their ongoing support for this high profile Southern Lakes women's event."

Entries can be made on line at http://www.southerntraverse.com/womenstri.