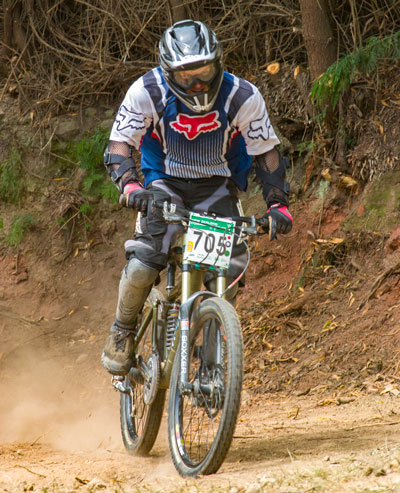 With the great summer that Queenstown has been having the Teva crew decided they really needed to get a piece of that action. So when we saw that the team at Southern Traverse were putting on a massive Bike Festival in April a universal yell of “JUNKET!” was screamed and plans were hatched for the inaugural Teva Slopestyle competition.

With our overtly enthusiastic Teva teamrider, Kelly McGarry and his good mate Tom Hey (Queenstown Bike Club President) already on the ground in Queenstown we knew it wouldn’t be hard to put together a world class jump line. Kelly and Tom will be designing and building five hits constructed from a mix of wood and dirt which is likely to include quarter pipes, flat walls, big hits, step ups, step downs and a unique finishing feature for the Teva Best Trick finale . We’re also exploring the idea of a shark / crocodile pit but expect issues with the OSH guys.

The cap is currently being passed around the office to see how much prize money we can pull together but rest assured it will be big enough to get people putting their bodies, if not lives, on the line and we’ll release details of the prize pool very soon.

Expect backflips, whips, can cans, supermans and more than enough of “what the hell was that?” as the competitors go head to head trying to win enough money to buy the bar for the Teva After Party.

This is an open event for both local and international competitors so potentially this is great chance to stand next to your hero on the roll in and tell them how good you are!

Registration is available online at tevaslopestyle.com

Lock in the details below! More info to come soon.