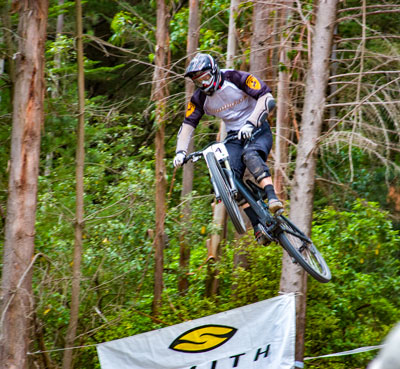 Made in New Zealand with Love

The Made in New Zealand with love bike event is the first in the line up  of the Queenstown Bike Festival and the show bikes are on the way from all over the country.

The Queenstown Bike Festival is a ten day festival programme offering more than twenty competition and social events involving all things about the bike, rolled into an exciting package for adults, children, recreational and elite riders, and the general public.

An open invitation was sent out in the New Zealand Mountain Biker magazine, and to the R & R Sports bike workshops last year inviting bicycle builders from all over the country to enter this first in New Zealand competition.

Bicycle builders from all over the country, professionals, gifted amateurs, artists and dreamers have been encouraged to show their creation, which may include road bikes, cruisers, cross, mountain bikes, downhill bikes, hot rods, porteurs (cargo bike) or commuters. Qualifying bikes can be made from scratch, bamboo or other material, lovingly restored, or freshly manufactured, and can also be made with a creative twist.

Initially these bikes will be displayed in the shop window of R & R Sport Queenstown for the week prior to the festival and these fabulous bicycles will be judged by a tongue in cheek jury constituted by the festival organisers, R&R Queenstown and New Zealand Mountain Biker magazine and the general public.

The bikes this year include some hand made specials from Queenstown, some of the best of the NZ downhill bikes, a bamboo bike and a wooden bike from Gisbourne and the multiple award winning Avanti Chrono.

The winning bike of the festival will earn the 'Best Made in New Zealand with love' title which will be awarded at the opening night dinner at the Crowne Plaza.

Also opening the festivities, Auckland comedian Joseph Harper will deliver his autobiographical piece about bicycles, love and misanthropy, which was nominated for a Billy T award at the 2011 NZ International Comedy Festival.

The bikes are now on their way and will be displayed in the window of R & R Sport Queenstown from Tuesday 27th onwards.