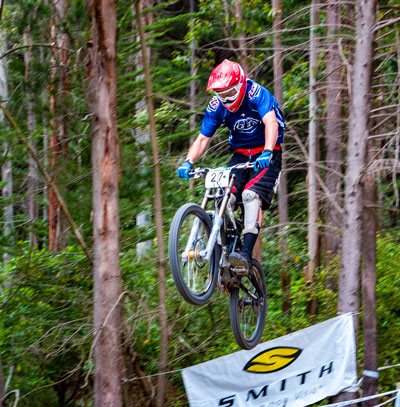 Who's Who For Teva Slopestyle In Queenstown

The Teva Slopestyle will be launched for the first time on April 5 in downtown Queenstown and has attracted some of the best riders from New Zealand and overseas.

Amongst the competitors, more than 20 riders are gathering from both the North and South Island for this unique event, with the best of New Zealand's contesting the $10,000 prize money on offer. 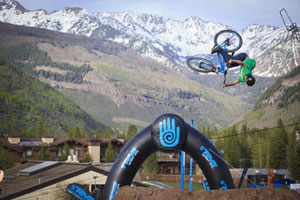 Luke McCombie, 25, from Wellington, Connor McFarlane, 21, from Dunedin and Phil McLean, 19, from Christchurch have all earned a strong reputation with their performances in many dirt jump events around the country, including the local Farm Jam and Gorge Road Jams.

Kelly McGarry, 30, from Nelson, has been riding for 17 years and is one of Australia and New Zealand's best mountain bike dirt jumpers.

Kelly has competed extensively here and overseas, with his accomplishment including a 4th place in both the Highlands Slopestyle NH in the USA and Scott ON AIR in Germany.

Jed Mildon, 25, from Taupo, became the first person in the world to do a triple blackflip on his BMX bike.

Mildon had to roll in from a 20-metre-high start ramp into a three-metre take-off ramp, do the stunt over a 10-metre gap and then land on an eight-metre-high landing ramp.

Paul Langlands, 22, just took out the Best Rider at the Red Bull Roast It in Queenstown this summer.

However the strong kiwi contingent will be challenged by some stiff competition from abroad.

From Melbourne Australia, Benny Phillips, 20, stormed the Teva Best Trick Challenge in Vancouver Canada in 2011 after literally bursting into the scene.

The then newcomer took everyone by surprise when he won his session with a 360 Double Downside Whip.

Extreme mountain bike rider Sam Dueck, 19, from Chilliwack Canada is also another hot contestant to be reckoned with.

Dueck has competed for the last 4 years and has an impressive tally of high placings attached to his name, including the Kokanee Crankworx slopestyle competition in Whistler, Canada.

The goal of the Teva Slopestyle is to perform the most difficult tricks while getting the highest amplitude off the jumps.

Freeriders will use the massive jumps and drops to wow the twilight crowd with tricks such as flatspins, can-cans, flips and Supermans, while literally challenging the laws of gravity.

The slopestyle course is situated in downtown Queenstown in the Ballarat Street car park, and is designed and built by Kelly McGarry, and co-designer Tom Hey who has worked on many prestigious slopestyle courses including the infamous Crankworx in Whistler and Colorado.

Spectators are invited to watch from 6pm onwards, and well know local mountain bikers Tony Moore "T Man" and Josh Clark will be providing the commentaries on the night.