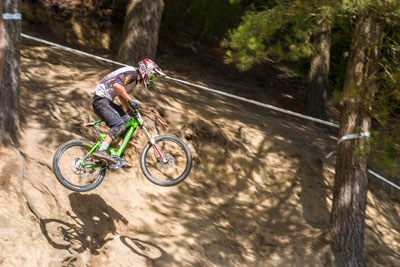 An informal 160km end of season cycle ride around the Pisa Range is the inspiration for a new three-tier classic one day event on February 22 2014 flying under the flag of La Pisa Ronda.

“For several years a group of mates have marked the end of the cycling season with a ride around the Pisa which is always a good test of fitness at the end of summer and a chance to spend some quality riding time with friends,” says Hunt.” But I have always seen the potential to expand the ride into a one day Southern Lakes classic ride and that’s now become a reality.”

“The great thing about including three races under the one umbrella is that cyclists of all abilities can compete, nominating which ride suits their fitness and skills best. This is a major one day ride in this region and we expect in the first year to attract anything up to 300-400 competitors,” says Hunt.

In the North Island the Taupo Road Race has between 12,000-15,000 riders every year while the Graperide in Blenheim hosts around 2,000 competitors and Le Race in Christchurch up to 700.

“We know there is a demand for more events in the Queenstown area and with road biking now six times more popular than mountain biking and the fifth most popular sport in New Zealand it is anticipated La Pisa Ronda will grow into a major event. It is not only local riders who will want to enter. We think that the North Island and the East Coast of Australia will also be important target markets particularly with so many direct Trans-tasman flights into Queenstown.”

Hunt says La Pisa Ronda has so many diverse elements which will contribute to its appeal.

“The race passes several distinctive places including historic goldmining areas, the scenic Kawarau River, orchards and wineries. The Crown Range at 1076m above sea level is one of New Zealand’s most iconic high altitude routes and recognised as a pioneering feat when it was installed linking Wanaka and Queenstown.”

Southsure Assurance Ltd CEO David Newman is a cycling enthusiast and an ardent supporter of cycling events in the south.

“We have had a long association with road cycling, sponsoring a team in the Tour of Southland. We’re passionate about this amazing part of New Zealand and about committing to the cycling community. Getting behind La Pisa Ronda is a big commitment for us and we take our responsibility to Geoff and his team very seriously. We are very much looking forward to being part of an event which has such potential.”

La Pisa Ronda will become a permanent annual fixture on the Southern Lakes cycling calendar, and with the course already tested and endorsed by local riders over the last few years, looks set to become a high profile event which will further underline the Queenstown area as an important cycling destination.